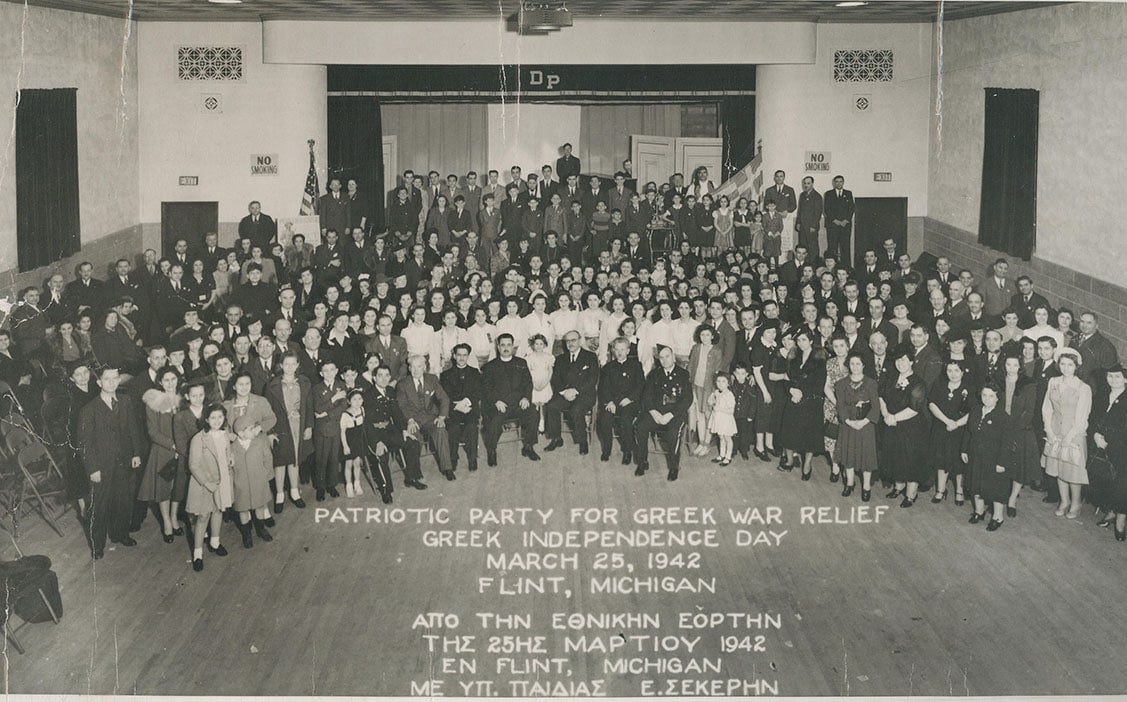 The first Greek immigrants came to the city of Flint, MI in the year 1910. However, the history of the Assumption Greek Orthodox Church of Flint began in 1920 with approximately twenty families. These families, being concerned about their Orthodox faith and traditions decided to establish their church in Flint.

In 1917 the faithful of Flint decided to undertake the tremendous task of building their own church. With much dedication, personal sacrifice and hard work, they built the second Greek Orthodox Church of Michigan on the corner of North Saginaw and Gillespie Streets at a cost of $16,000. The AGOC of Flint was completed in 1928 and was considered an outstanding building in the city. The first priest of AGOC was the late Rev. Fr. John Kapenekas who was ordained in Detroit by his Eminence Archbishop Rodostolou of New York.

The Assumption was dedicated on May 6. 1928, during the Divine Liturgy celebrated by His Grace Bishop Filaretos of Chicago. This historical event projected a renewed fervor in the hearts of the faithful. They instructed a Sunday School, a Greek School, along with a mixed choir of adults and children. The Philopochos Society was established by the late Patriarch Athenagoras (then Archbishop of North and South America). The Philoptochos built a parish home for their priest and his family.

As the years passed on under the spiritual leadership of Rev. Fr. Demetrios G. Koursaris, the Assumption family grew until finally a new church was needed to accommodate the faithful of Flint. This church was built in 1961 at G-3170 W. Beecher Rd. The Assumption family continued to grow under Fr. Tom, Fr. Dean, Fr. Stavros, Fr. Ignatious, and Fr. Angelo.   In 2010 the Assumption family moved to its newest location at 2245 E. Baldwin Rd., Grand Blanc, MI. We can’t wait to continue to grow and make history!